A few weeks back I was talking to my editor, Jo. Most of your remember I had two editors: Jo and Molly.

Jo had the biggest task of them all. She had to shuffle through the mess of draft one. She was brave and deserves a huge medal. I’m thinking a shiny one with pointy edges. Don’t ask.

The final word count of Dempsey’s Grill was in the ballpark of 84,000. When Jo took over the first draft it was around 105,000, I think. I’m sure she could come up with the actual count.

She took all the backstories that I thought were great and removed them from the actual story I was trying to tell.When Molly came along she tightened the story and made it a faster read by removing a few things that slowed the pace.

The end result was a published novel which was my goal. But at the same time there’s that tiny piece of regret that I just can’t shake.

The Big What if 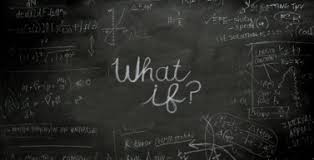 Writing a novel is a lot like seasoning your favorite dish. A little sprinkle here, a pinch there and presto: A story you and I can sink our teeth in to. But if you add too much or too little, well…everything is just a little bit off.

So that leaves me wondering: By removing certain things or adding something new did I mess with the seasoning of the characters. Would they have been better? A tad funnier? Maybe their connection with the reader stronger?

Or is it just me?

I’m pretty sure my thoughts are common to every writer who has read their finished product. I now understand why we have directors cuts. Maybe we need a writer’s cut?

Come to think of it, I believe Stephen King reissued The Stand with all the stuff that his editors cut the first time around.

I have no doubt there would have been some sort of regret no matter what I had done. At the same time something tells me I’m not alone when it comes to this. Someday I will have to do a blog post featuring authors, their what-if’s and their regrets.

26 thoughts on “Reading my edited novel”