On with the show

A small note: The picture below is a group shot in Austria. Yes, I could easily move there. 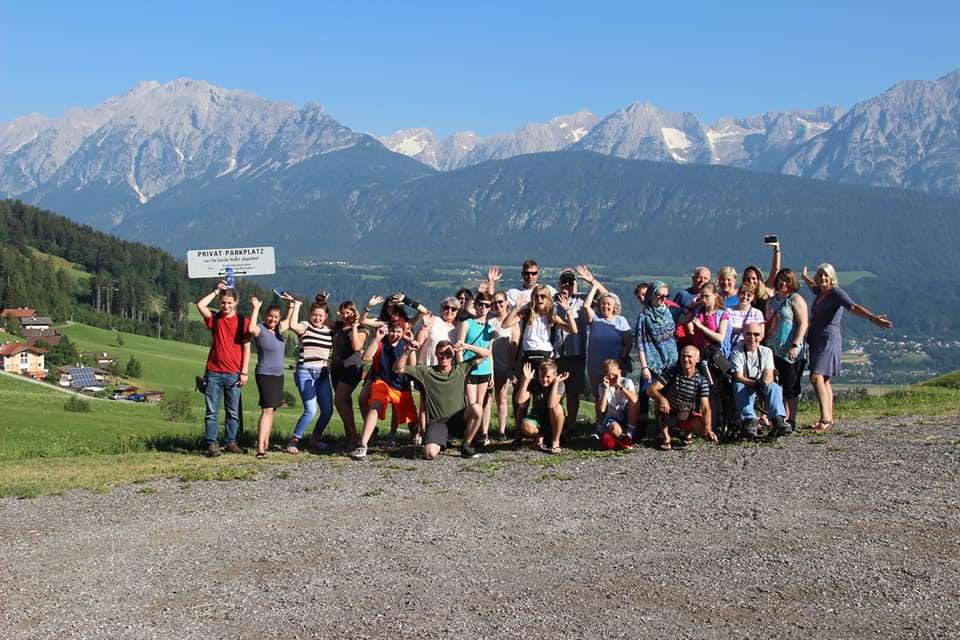 So there I was, hanging out in Paris. The city of love. The place of magic. A city full of stories told through the centuries.

We were strolling through an open mall checking out some of the shops. It was a nice summer day. Not a cloud in the sky. In that moment I actually felt I was a side character in an Audrey Hepburn movie.

I remember riding passed a group of boys practicing their skateboarding skills. I smiled as they stopped and stared as a pretty girl walked by.

We ventured south to the busy part of town. The cars were thick, the crowd growing but through it all a little boy caught my eye,

His mother was busy with his two little sisters. I watched as he passed the time by covering his head with his shirt. I feared he would ventured into traffic but thankfully he moved to the right instead.

But the right contained a tall concrete block lying directly in his path. The boy and the block met head on in a comical sort of way causing him to cry and blame the dastardly thing for such a cruel mess.

All of these experiences could have happened in my own back yard. It’s so easy to forget how small our world really is. When one thinks of Paris a sort of magic can occur but one forgets it is full of people like you and me.

As we made our way back to the hotel we came across a basketball court. But there were no baskets. This was soccer in the fastest of forms. The court was surrounded by fans. The scene reminded me of a summer game found throughout my town.

The cheering was just as loud and contagious. The joy of victory and the agony of defeat just as real. It’s easy to get lost in our own little world until we travel to the other side a half a world away.

When you do and if you’re like me, you’ll realize we’ll all the same no matter where we are and that makes me smile.

15 thoughts on “We’re all the same wherever we go”