Stories in the Making

One of the things I enjoy is people watching. I’m pretty sure most writers agree that a story can be found whenever we sit and watch.

It takes a little practice and a cautious style. The moment people realize you are watching the magic is gone.

So there I was hanging out in the Vienna square. Our tour guide gave us a couple of hours to explore and we were taking every advantage we could.

It was nearing the noon hour on a busy summer day. The sky was blue, the wind was warm and people of all ages were passing by. 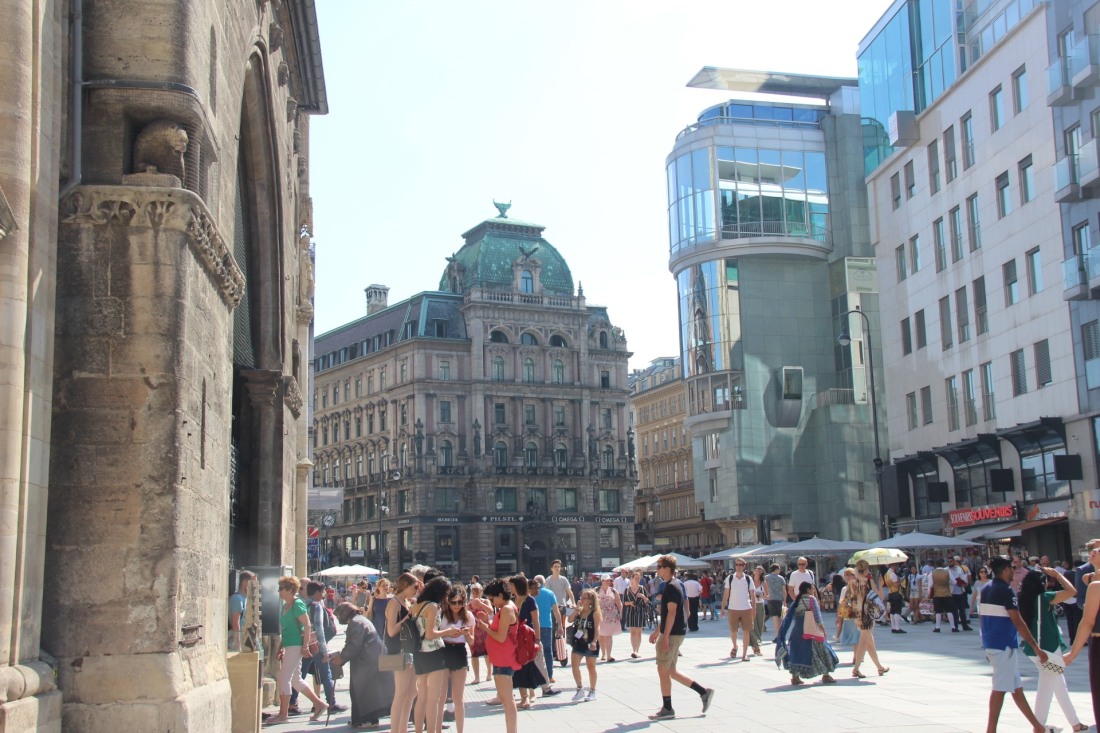 And there he was

He was a teenage boy. Maybe 16, maybe older. One thing was certain: He wasn’t a tourist.

He had the look of a local. He also had another look: He was on his phone with someone special.

The excitement in his eyes and the honesty in his smile caught my eye. I could hear his conversation but I couldn’t understand his words. But our language barrier didn’t matter. I recognized that tone. I too use to be a teenage boy.

The Suspense is Terrible. I Hope it Lasts.

To my luck he didn’t walk away when his conversation ended. I watched in anticipation as he took a deep breath and attempted to straighten his hair.

He wore a colorful button down shirt. I wanted to advise him to unbutton the top two. Three if he was daring. It was all I could do to sit still.

Without warning a familiar voice caught his attention. I followed his eyes to the end of the square. His hand quickly moved away from his hair. His shoulders stiffened, his fingers clenched.

And there she was

Something in his eyes told me it was too soon. He was supposed to have more time. He wasn’t ready.

His smile broadened, his dimples ran deep. I watched as they met halfway. She made the first move by placing her arms around his neck. His hands lay still. A moment of confusion, I guessed, but I knew in time he’d figure it out.

She kissed him on the cheek and spoke a few words. I had a feeling this was one of the greatest moments of his life.

I watched as they slowly disappeared into the crowd. Were they friends? Were they more? Or was this simply a great day?

I smiled and continued on my way. Not everything requires an answer, I said.

28 thoughts on “The Boy in the Square”