A long time ago I stepped into a foreign land known as the friend zone.

It was uncharted waters. Mountains yet to be climbed, coupons soon to be clipped…yes, I’ll stop.

Like any kid new to the game I had no idea such a thing existed and when it ended I was positive I was the only one in the history of human existence to live through such a thing.

As time passed I was grateful for the experience. I was the type of kid who made a mistake, learned and stopped myself from repeating it.

Fool me once as the old saying goes.

What’s in a name?

Years later it happened again but this time there were no games. She was a great friend and I was the luckiest kid on the planet.

The story would have ended beautifully had it not been for one tiny wrinkle:

He may have told me his first name the day we met or she may have said it at another time or place but for the life of me I could not remember.

A simple solution would have been to ask. An explanation that I’m terrible with names. We should all have a permanent name tag embedded in our forehead. Don’t laugh, I think it’s a great idea.

A little messy but great.

But who says I’m a problem solver?

I was known in her family as the polite boy. The only one who addressed the father of the house by his last name.

Sure, I knew her mom’s first name, her sisters, the cats and dogs and the rabbit that liked to nibble on my shoe. 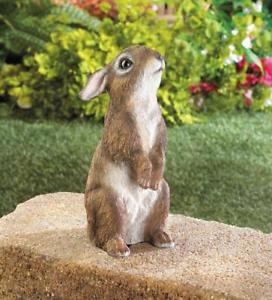 But her dad’s name was a no-show

I tried to be creative. I would ask people around town if they knew him. I would listen closely hoping his name was called out. Every ounce of creativity and imagination ended in epic failure.

As time has passed I have made it a mission, a bucket list if you will, to solve this pesky mystery.

Yes, I can hear say, why don’t you simple ask but where is the challenge in that?

I don’t do cemeteries

Sadly, this good man died twenty years ago. Yes, I could pay a visit to his grave but I prefer memories instead.

That in of itself is a post of its own.

So the question is this – Do I really need to know his first name? Will that mystery take away the spark of who he was?

He was an excellent father to my friend and her sisters, a wonderful husband and a good friend to me. He also liked rabbits.

But damn it! What the hell was his first name!

On the bright side I will go down in history as the polite kid and if I can walk away with that, I’ll take it.