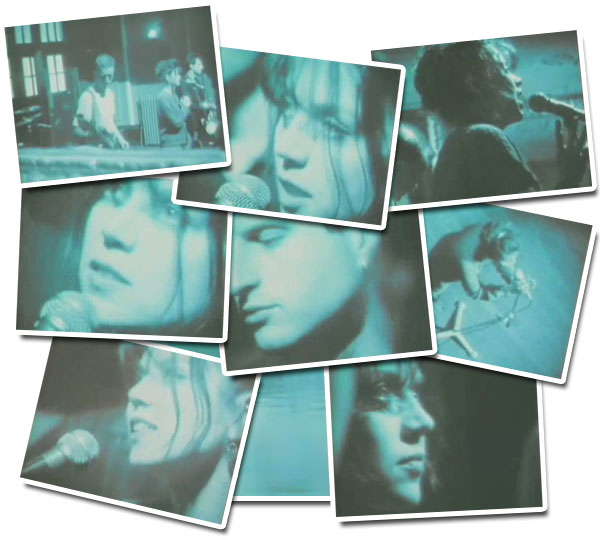 I am a firm believer that music has a soul. It touches us with its magic and buries itself deep inside to a place no one else knows.

I’ve had a special relationship with music since I was a kid. My earliest memories are filled with guarded secrets, buried deep inside the grooves that carry the sound.

These songs are diaries full of memories of people and places, some no longer here and others I haven’t seen in a lifetime.

I was thinking about this the other day when I was driving through town. I had on a local radio station that played the hits of the 80’s and 90’s. It was a normal day. The sun was a little hot. The traffic a little thick and a truck rudely cut me off.

The commercial ended, the music played and suddenly a memory came to life.

A band called The Sunday’s played and a beautiful song packed full of heartache followed.

Instantly it was 1990. August to be exact and The Sunday’s – Here’s Where the Story Ends  flowed through my speakers. In an instant the emotions and memories of that song came to life.

My mind took me back to that summer evening. I was knee deep in a shouting match with my best friend. I made my point. I won the argument and just as I was about to celebrate I watched as she cried and ran to her car.

The victory was short lived but the guilt that carried with it came back 28 years later.

Why this song, I asked. Was it playing that night? Was it on the radio, a CD or was it MTV when they use to play videos?

Whatever it was that song became a mark in a diary forever etched in my mind.

Sometimes I wish I could listen to a song and not be thrown back to a certain place and time. I wonder what it’s like to listen to a tune and simply enjoy it.

Sometimes I do. Not every song is like this. Some of it is high adrenalin and nothing more while other songs are pleasing to my ear.

But there are those that will always carry special meanings. They are a circle on the calendar reminding me of a time that otherwise would have been forgotten.

After listening to The Sundays I started thinking of ways to use it. Maybe it doesn’t have to be a curse. Maybe it can be an advantage.

I’m about to start Book Two. Like every story I write it will be packed full of emotion. There will be days where I will search for that emotion and at times I’ll come up empty.

Maybe it doesn’t have to be that way.

I could take these songs that I hold dear and exploit them. Ring the towel dry as they say and use them for the memories and emotions they are.

I have no doubt it’ll be exhausting.

Take Super Tramps Give a Little Bit. Something happened with that song. I don’t know what it is but whenever I hear it I have the greatest zest for life on has ever known. The cloudy days are full of sunshine. I’m as excited as a five year old on Christmas morning.

You get the idea.

Not everyone can do this. Maybe they’re the lucky ones but since I have this crazy relationship I might as well find a place for it.

If I need to be sad I’ll search out a Journey song from 1982 – minus Don’t Stop Believin‘  – who could possibly be sad to that?

And if I want a beautiful memory I’ll simply punch in The Cars – Just What I needed. I can still see her smile and taste the M&M’s. Especially the green ones.

So I guess it’s not all that bad. Looks like I’ve got some work to do.