I remember the first time I critiqued someone’s work I was nervous. It was my first writers group and I wasn’t sure I belonged. It was not because of my writing it was because I had no clue how to critique.

I remember it was a nice story. Not something I would actually sit down and read but it was nice and the person who write it was nice.

When my time came, I sat up straight, cleared my throat and gave a sixty second mumble, stumble, rambling mess.

Offhand I haven’t a clue what I said but I do know that those sixty seconds dragged on for the longest time.

Luckily as time went on I improved. I stopped putting feelings ahead of the critique and the more I did the more confident I became.

But it took a while.

I’ve learned a lot since those early days. I think a lot of it has to do with listening to others who were way better than I was.

The way some of them could turn a story inside out and see details I couldn’t see fascinated me. It always amazed me how a person could grab a scene and see it in a way that captured an unknown light. 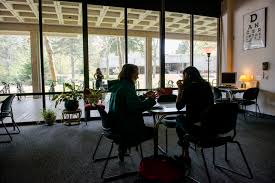 The biggest lesson was watching them when they worked on my story. The way they could chop a paragraph in two or expand a sentence. It not only made my story better it taught me how to critique like them.

The most valuable lesson I learned was that it was not my story. For the longest time that was my biggest challenge.

I kept seeing their stories in my voice and in my eyes. By doing so I tried to turn their story in my direction. It took a while but in time I learned to drop that dreaded habit and respect the writer.

One of the hardest things to do when critiquing a writer’s work is pushing away the temptation to make it your own.

It’s tempting to take a chapter and advise them to redo it your way. Along the way I learned to turn off the switch and force myself to see the story in the writer’s vision.

When this finally happened I knew I had a chance to actually help them.

You did good my son (daughter)

The other thing I learned was compliments. It’s so easy to concentrate on mistakes we lose site on their excellent writing. It’s easy to scan for improvements while ignoring the good stuff that’s already there.

I try to point out a scene I like. The reason is not so much a compliment as it is to high-light good writing. It’s my way of telling them their story needs more of this.

When I first started I had no idea critiquing would help my writing. I always figured it was a one way street.

It allows me to see the different ways a writer will explore a scene. More often than not, critiquing is a classroom where every day I come away with something new.

Try to find time to critique someone’s work. Not only will it help them it will make you better.

How perfect is that!

21 thoughts on “Clueless in Critiquing – The things that I learned”