A long time ago I was taught an excellent lesson: Surround yourself with smart people and listen.

My Wednesday guest blogger is such a person. We met a few years ago when I was a stumbling bumbling writer. In that time I have listened and I have learned.

I am really happy that she found the time to be a guest on my blog.

Thumbscrews: How and When to Ratchet up the Tension in Stories

How many times have you gotten feedback along these lines: “I liked it, but it needed more tension.”?

Yeah, we all have.

So what do you do? Add some gunfights, maybe a car-chase or a natural disaster. When in doubt, call in the ninjas…

But here’s the thing – you don’t always need tension in every scene. At least, not OMG-I’m-gonna-die action/adventure tension.

You’re overall goal (assuming you are writing a story based in western culture) is to follow Freytag’s Pyramid. 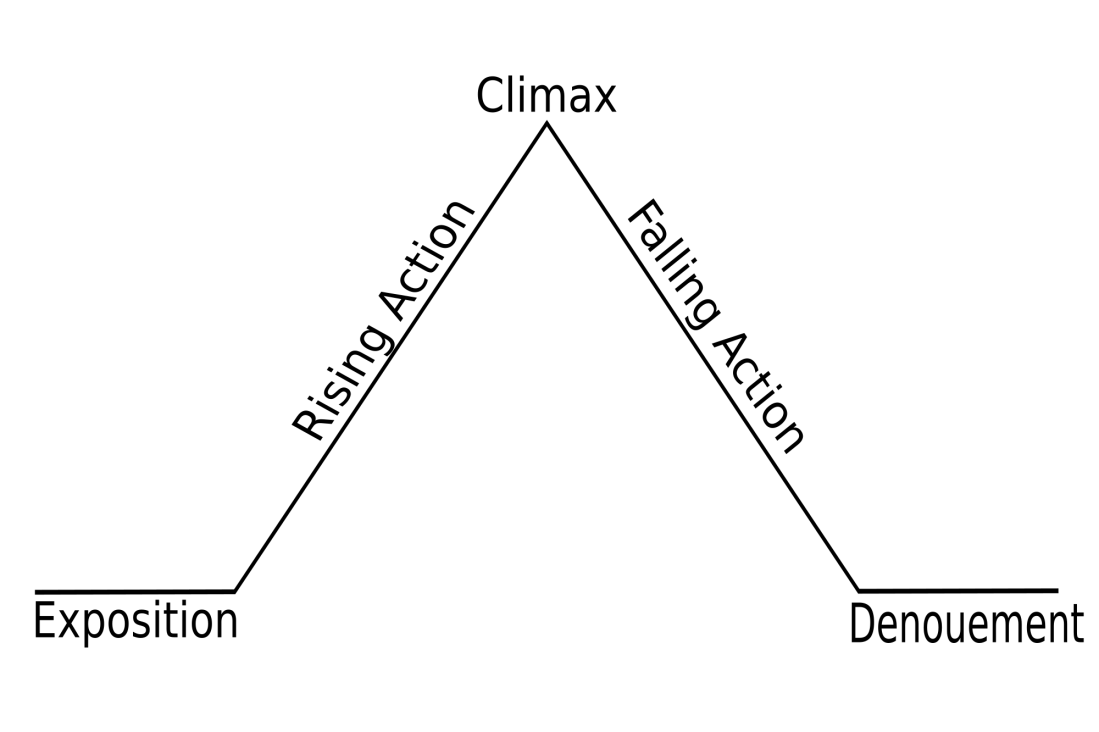 Another way to say this is to paraphrase John Hartness: You put [the cat] into a tree, you light the tree on fire, you get [the cat] out of the tree.

Each scene should follow this pattern, and so should each story act, and so should the whole story. You end up with a bunch of jagged peaks and valleys of tension. It’s not a straight shot up to Tension Plateau.

Before you rush to fix a “slow” scene, assess the scene, find its motivation, employ the appropriate approach to “break” the scene and get it to do what you want: Advance the story, reveal characters’ inner selves, keep readers interested.

Wait, wait. What’s with all the lingo?

I used to be an interrogator. I was trained to study the enemy and determine what approach might work best to “break” them. Guess what, folks? Using the right approach to your scene is just as critical for you writers. Just don’t try waterboarding your WIP.

Let’s take it a step at time:

And so endeth today’s lesson. I’d love to hear your thoughts and questions.

How do you deal with slow scenes?

Bio: M. K. Martin is a motorcycle-riding, linguistics nerd. A former Army interrogator with a degree in psychology, she uses her unique knowledge and skill set to create smart, gritty stories that give readers a glimpse into the darker corners of the human mind. Find out more at mkmartinwriter.com

Her viral-apocalypse novel, Survivors’ Club is now available on Amazon, Barnes and Noble and at various indie bookstores. 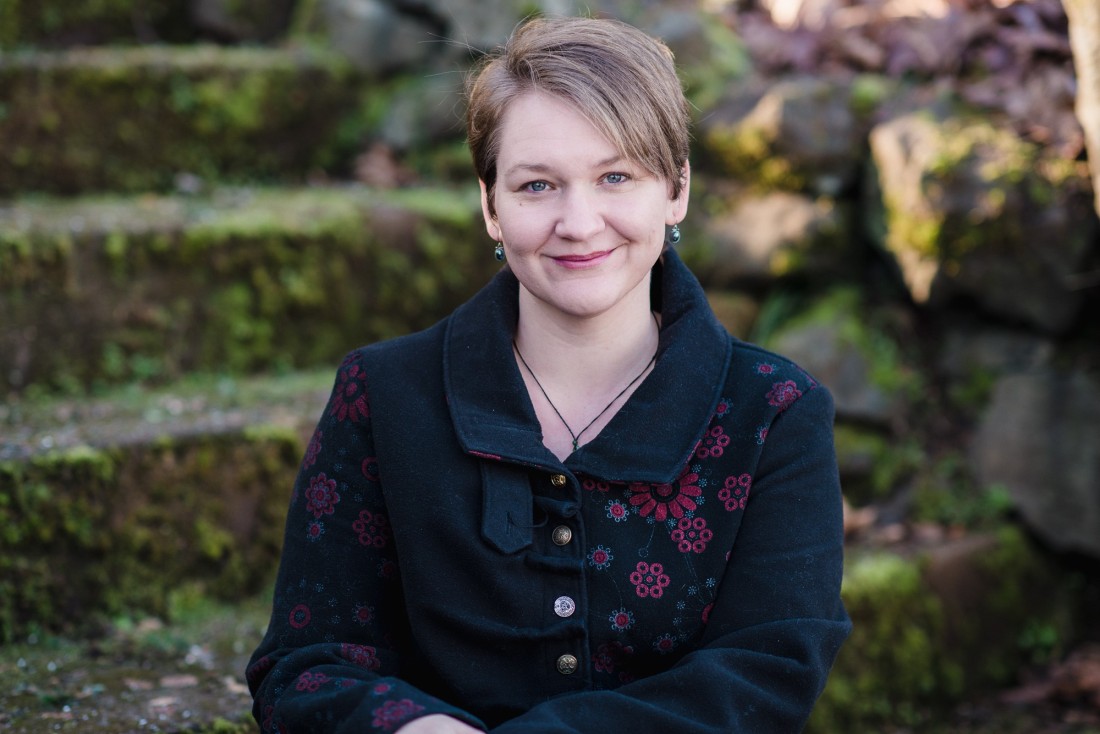 A good bully will make a story. We can call them the villain or the antagonist but we know what they are: The Bully.

A long time ago I saw a movie that displayed the best bully I ever saw. The movie was called My Bodyguard and Matt Dillon played the ultimate bully.

He was controlling and intimidating and smart. He fooled you with kindness and dared you to think. He took away your power and your self-worth. He made you believe you deserved it.

Whoever wrote him deserved an award. He was one of the best bullies I ever saw.

While starting work on my newest project I thought back on some of the real life bullies from my childhood. Looking back I realized how lucky I was. I was taught at a young age to put a stop at any momentum that a bully may start.

But not everyone thinks the same.

My memory took me back to the 8th grade where the bully of the class saw to it to pick on those who wouldn’t fight back. It was a different time where teachers looked the other way and expected you to deal with it on your own.

We had a new student in our class that year. He was bright, kind and shy. He was also the perfect target for the class bully.

I remember one morning the shy boy showed up in an angry mood. I never knew what caused it but there were tears in his eyes and a mark on his face. I knew he wanted to be left alone so I gave him space.

Unfortunately the bully didn’t get the memo.

I remember the shy boy warning the bully that today was not a good time. It was as if they were role playing but today the role would not be played.

The bully continued his verbal and physical abuse until the shy boy rose and put an end to it.

When our teacher arrived the bully had two swollen eyes, a bloody nose, a bloody lip and later, I discovered, a broken thumb.

Surprisingly the two became friends later in the year with the bully retiring his role and actually turning into a nice kid.

Not every story ends the same and that’s a shame. Wouldn’t it be nice if a bully could learn a valuable lesson and actually turn into someone good.

How many of us cheered when George McFly knocked out Biff and in that one punch their lives changed. 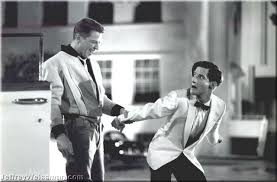 As a father I taught my girls the same lesson I was taught: Put a stop to the momentum before it gets out of control. I can’t always be there for them but hopefully my lessons will.

When we write we need to create roadblocks for our heroes. We need Biff, we need Matt Dillon and we need the 8th grade bully.

A bully can be rich and complex and so much fun to write. We can dive deep into who they are while bringing out their true identity. Or we can make them shallow and mysterious.

The details are endless.

Whatever they are we need to keep them on the page and off the streets. We live in a good time where no longer the teachers look the other way. Women have a voice that will be heard and hopefully bullying will be a thing of the past.

It is up to us to make things happen.

Until then, be aware of the bullies in your life. They’re out there. If you see one call them out and put a stop to their momentum before it starts.

But most of all, lets keep them in our books and movies and off our streets.

In it I touched briefly on the protagonist and how he didn’t work. I want to bring it up again, this time with a little more detail.

To bring you up to speed, the moment I completed my first novel I immediately jumped into my second. I had an idea, I liked it, but I didn’t draw it out as much as I did on the first one.

Looking back that should have been the first red flag.

The plot was interesting, the setting was workable and the side characters were surprisingly deep.

I could see everything but what I couldn’t see was the protagonist.

I remember not being all that concerned. I’ll figure him out, I promised. He’ll tell me who he is the more I write.

The more excuses I had the more I believed. This should have been another red flag but as you can see I was color blind.

I went ahead and wrote the novel. Whenever he appeared I struggled. When he wasn’t on the page I didn’t.

The side characters did their best to carry the story but it was clear something was missing. He didn’t have a spark that the other characters had. At times he was boring and at other times he was mechanical.

But most of all he was a mystery.

It was a drag writing him in a scene. He became the guy nobody wanted to invite to the party but always found a way of showing up.

None of this stopped me from completing the novel. I pushed though, convinced I was doing the right thing. But at the end I still had no clue who he was or what he wanted or where he wanted to go.

Realizing this didn’t go as planned I presented the first draft to my writers group. I remember the opening prologue, minus the protagonist, was solid. The feedback was positive enough to create a belief that all was well.

Once he was introduced to the group it went downhill fast. It didn’t take long, after a handful of chapter readings, to realize this novel of mine was in trouble.

Looking back I remember having a balance in my emotions. On one hand I secretly hoped they would disagree with my gut feeling that the protagonist ruined the story. But on the other hand I was glad when they did.

Sometimes things need to die and in this case it was my novel.

After a few readings I convinced myself I could fix it. I tried changing him up. I added a back story, tweaked his personality and gave him a different look.

But the results stayed the same. He fell flat.

The group was patient and helpful but they made it clear I was missing the mark and when the day came to put it aside it was one of my most disappointing experiences.

I felt bad for the story. By not taking the time to draw it out I let the characters down. Not just the side characters who I knew, but the mysterious protagonist as well.

But I knew I was doing the right thing. I was drawn to this idea but I knew I couldn’t come back until something told me it was time.

A brief glimpse of a dejected player walking off the field was all I needed. There was something about him that took me back to that stranger who would not open up.

The following day I went back to work and created the protagonist that was meant to be. It was as if he was waiting for me to find him. Who knew it would be on the losing end of Super Bowl LII.

Sometimes it takes something small to unlock a mystery. In this case it took a worn out player finding his way to the locker room to open the door that I had been looking for. 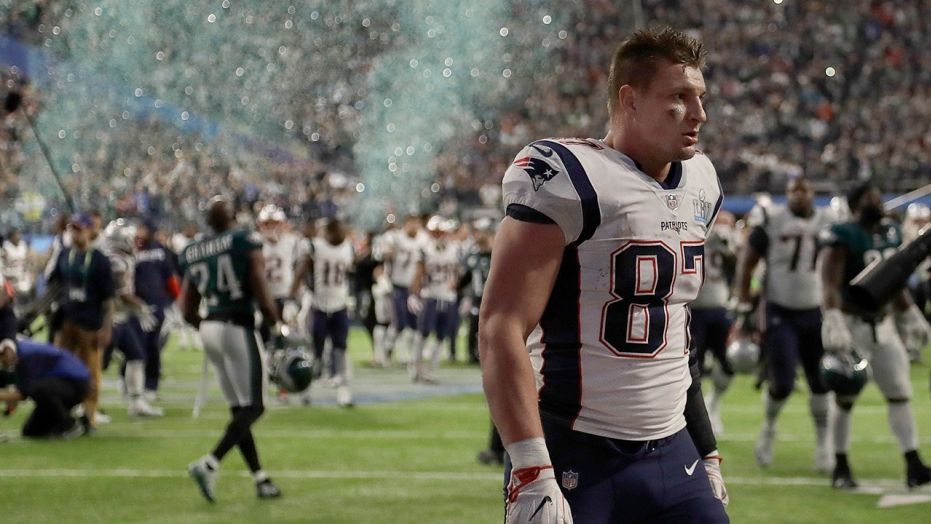